With the completion of the Hind Dam extension the Colorado River was returned to its usual course, saving the Imperial Valley from certain destruction.  But another unexpected flood ripped apart a levee to the south of the dam and though the Hind Dam itself held fast, the collapse of the levee once again allowed the entire contents of the river to careen through the Imperial / Alamo Canal and into the Imperial Valley and Salton Sea.

The outlook was gloomy, but the nightmare grew worse when the Southern Pacific Railroad refused to continue shouldering the entire burden to stop the flood and demanded the business interests and the municipalities of the Imperial Valley contribute as well.  The surface of the Salton Sea continued to rise as several weeks passed before the communities and organizations of the Imperial Valley pledged almost one million dollars towards the effort to stop the flooding and save the valley. 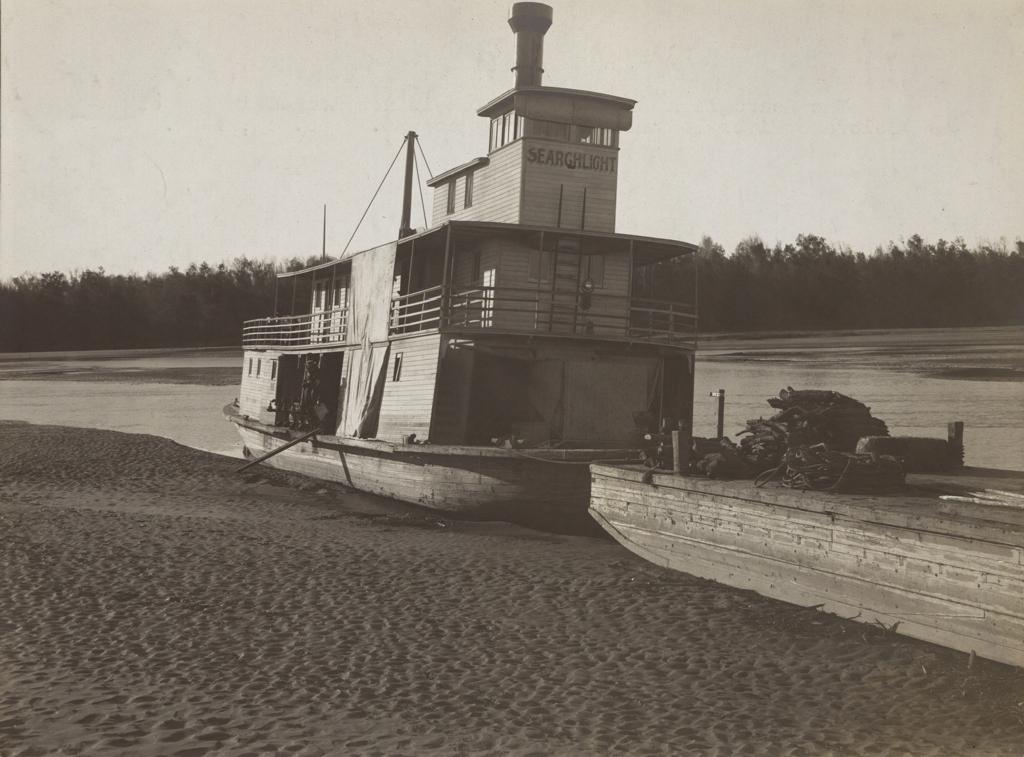 Note; The diversion of the water was so swift after the levee breach, the crew of the steamer Searchlight was caught off guard and the boat was left stranded several miles downstream from the Lower Mexican Heading .