In addition to silt build up in the upper 4 mile section of the Imperial / Alamo Canal, deficiencies were discovered with the Chaffey Headgate that prevented sufficient water flow to the expanding cropland in the Imperial Valley when the Colorado River level was low .  Several additional channels were dug at the north end of the canal to bypass the headgate that allowed more water into the valley, but because they were built without headgates the water flow could not be controlled.

Decisions like this would prove to be a costly mistake in the future. 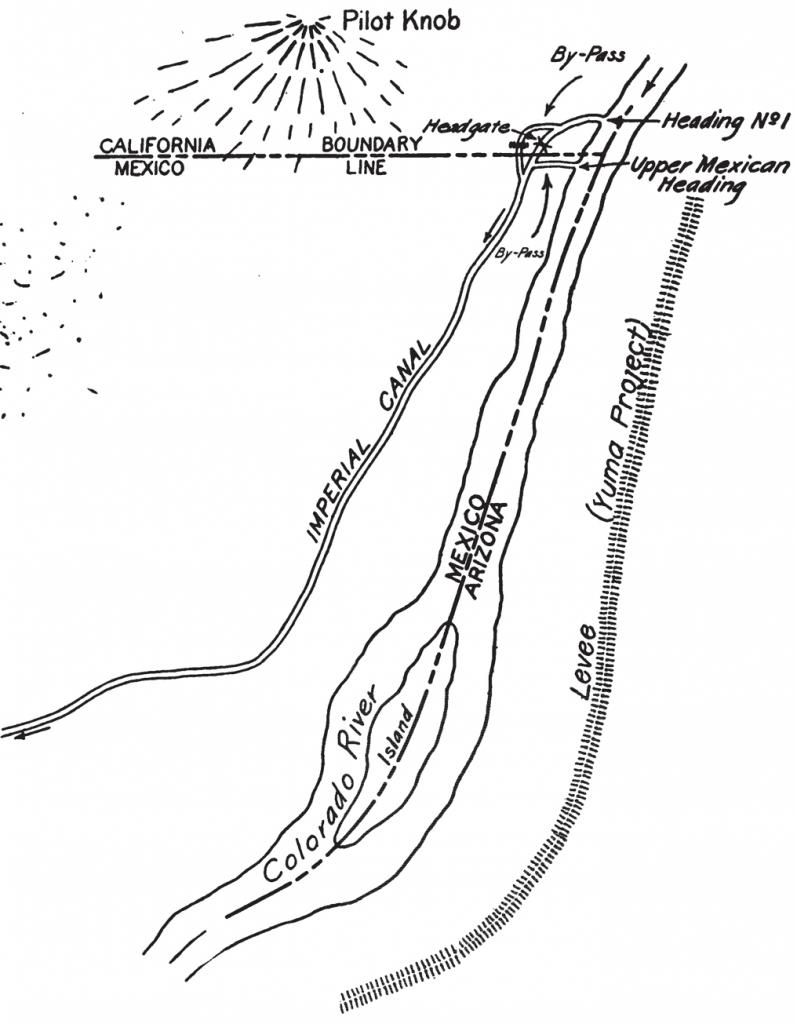 Notes; In this illustration, the Chaffey Headgate is indicated by an X.  The bypass channel in US territory was dug around the headgate.  A line in this channel seems to indicate the existence another headgate, but nothing was ever constructed at that location.  Heading No. 1 was also referred to as Intake # 1 and the Upper Mexican Heading was also referred to as Intake # 2.