The Imperial Valley has several naturally occurring water channels, the two largest being the New River and the Alamo River both of which meander north through the valley from the US / Mexican border to the Salton Sea .  Before irrigation and reclamation of the valley lands for cultivation,  these rivers remained mostly dry and only carried water during extreme flooding of the Lower Colorado River.  After large scale farming began, any excess water that wasn’t needed by the hundreds of farms growing crops, was routed into the two river beds.

During the flood, both of these rivers carried water from the Colorado River into the Salton Sea .  The vast majority of the flood water flowed through the New River in the west of the Imperial Valley and was completely uncontrolled.   A headgate at Sharp’s Heading in Mexico held the flood waters at bay and prevented the destruction of the two main canals that delivered water to the farms in the valley.

If the headgate had failed, many parts of the valley would have been starved of their life giving water. 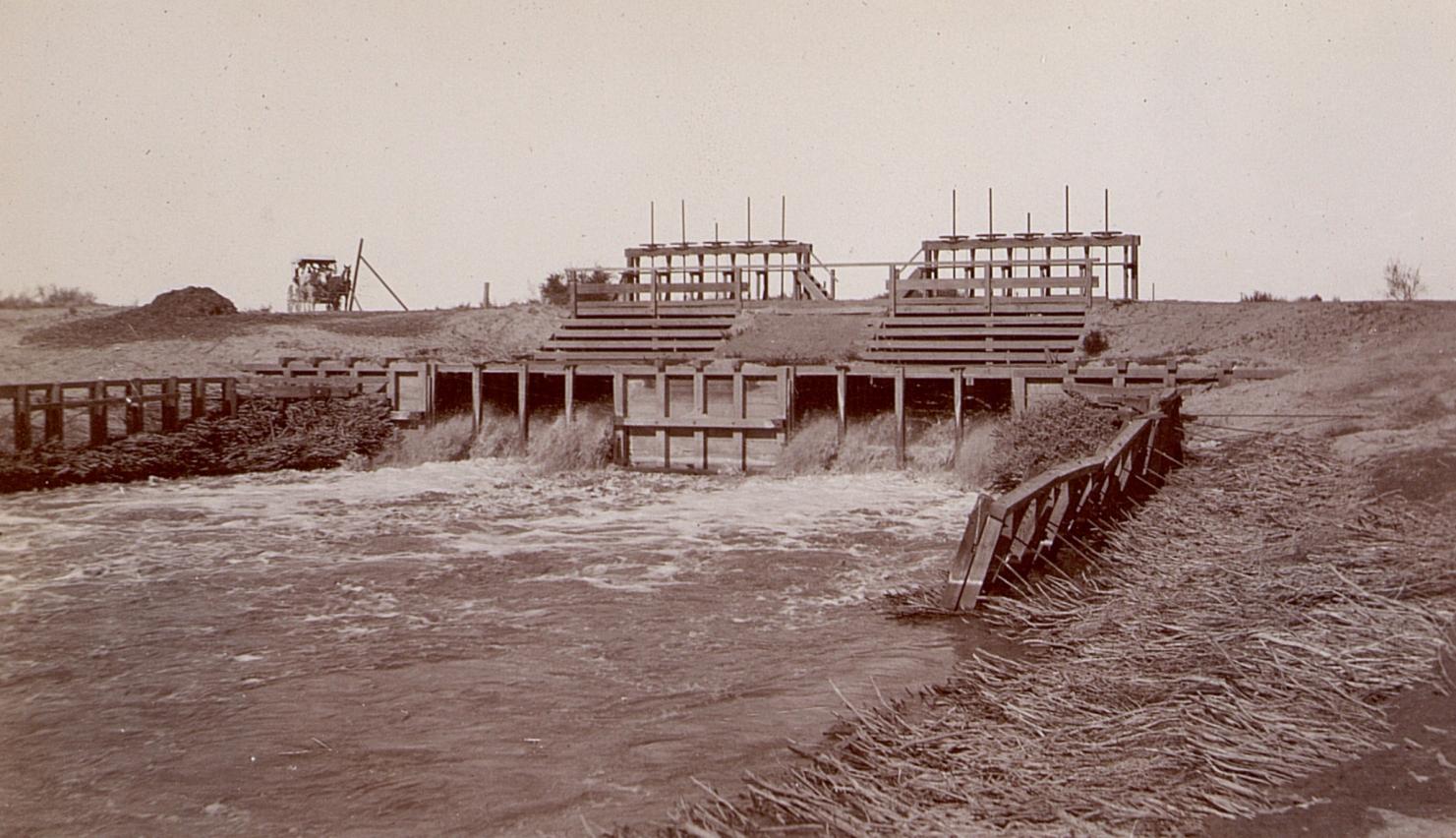 Headgate at Sharp’s Heading in Mexico

Note; During the flood, the headgate was almost lost by erosion that was undercutting the gates foundation.  An extension ramp was built that stopped the erosion and prevented the headgate from failing.