The ‘Upper 4 Mile Section’ of the Imperial / Alamo Canal, sometimes referred to as the ‘old Main Canal’, describes the section of the canal runs parallel to the Colorado River between the starting point in US territory at Pilot Knob to the beginning of the Alamo Arroyos about 4 miles south of the US / Mexican border.  This section of the canal became so clogged with silt build up from the river that adequate water could not be supplied to the farms in the Imperial valley, forcing the Colorado Development Company to dig additional channels between the river and the canal system. 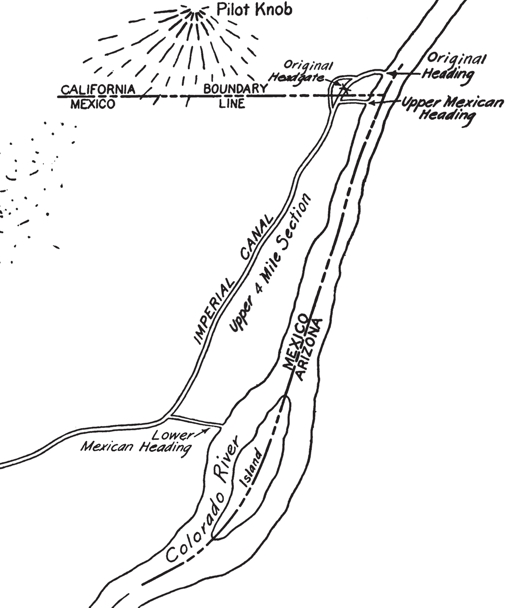 Click on the ‘Upper 4 Mile Section’ Link for a larger image.