The largest of the new channels dug was the Lower Mexican Heading , located about 4 miles south of the US / Mexican border.  It was dug to bypass the upper 4 mile section of the Imperial / Alamo Canal north of the heading that had been rendered unusable from silt deposits.  After completion, a sufficient water supply for the the Imperial Valley was restored, but as with the other bypass channels, it too lacked a headgate to control the flow of water.

There were plans to install a headgate, but building one at this location required the consent of the Mexican government and unfortunately it was not approved until the following year. 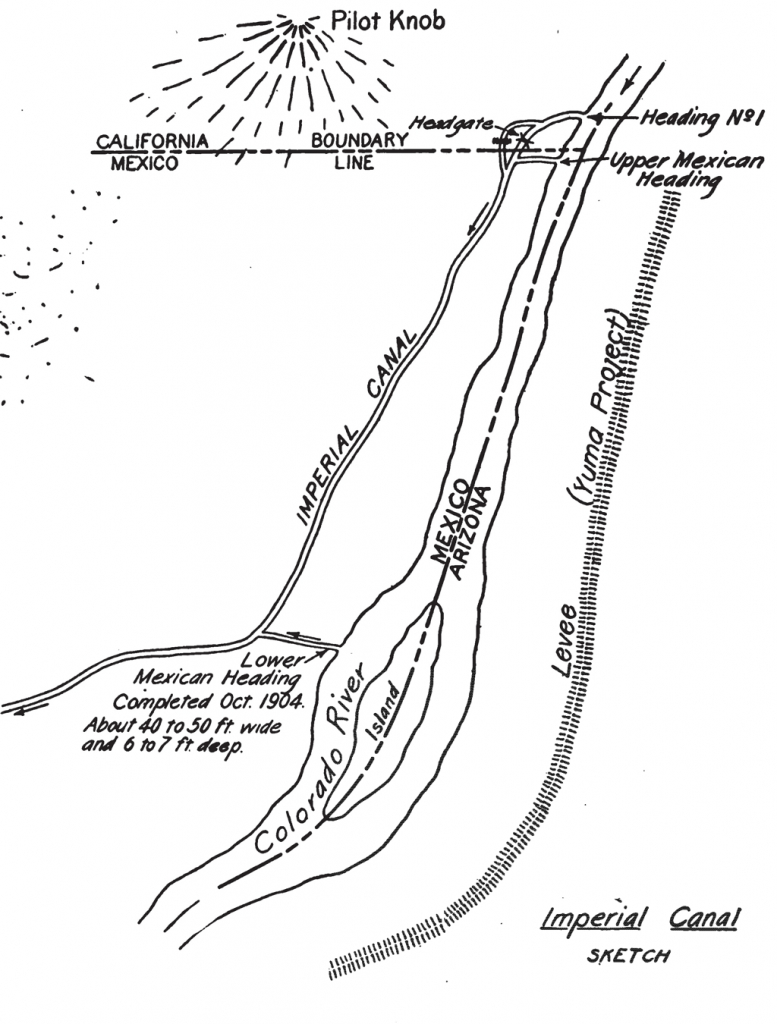 Note; The Lower Mexican Heading was also referred to as Intake # 3.