The Colorado River carries a great deal of silt as it flows downstream.  From the very beginning of its existence, this presented a problem for the Imperial – Alamo Canal.  As the silt built up on the bed of the upper 4 mile section of the canal over the years, it caused the water flow to steadily decline.

The crops growing in the Imperial Valley were desperately thirsty for more water, but the canal system simply couldn’t deliver enough.  The first effort to correct the problems was an attempt to remove the silt and increase the water supply by scouring the channel, but it failed.  Dredging was considered, but neither time or money was available to complete such a large task.

If the California Development Company couldn’t find a solution for delivering adequate water, crops would die and the Imperial Valley would cease to exist. 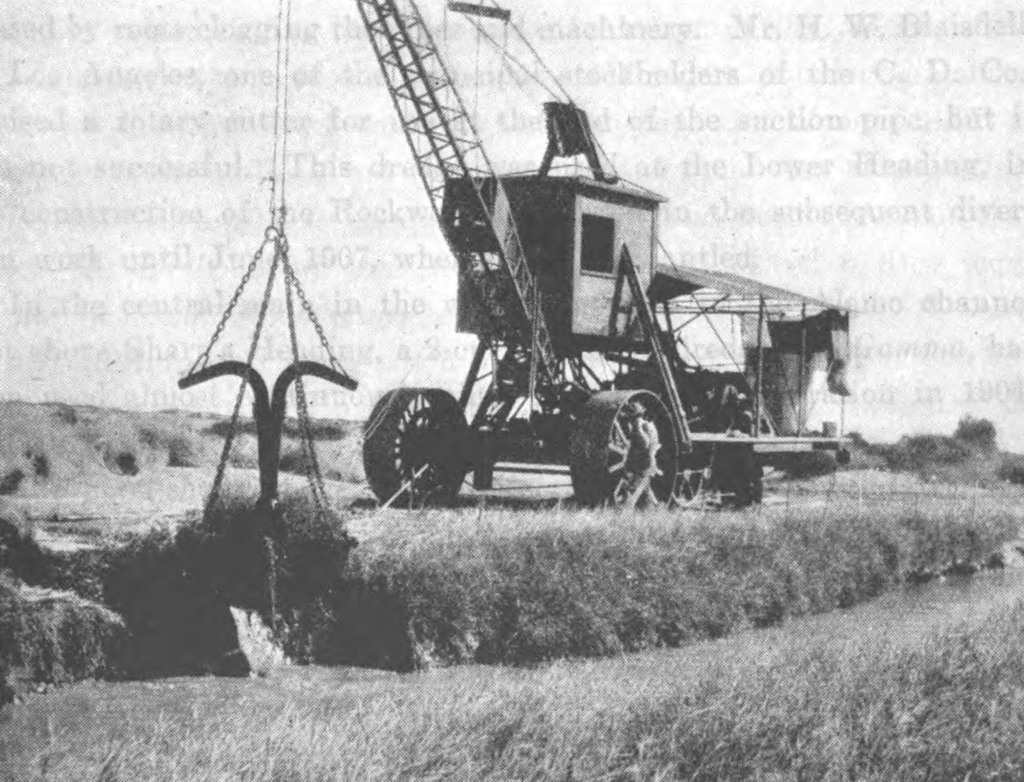