Water from the canal system first flowed into the Imperial Valley on May 14th, 1901 when the headgate at Sharp’s Heading was opened.  Shortly after that the irrigation of farmland began in earnest, but not all of the water delivered to the valley was used.

Excess water was allowed to flow into the Salton Sink marking the birth of the new Salton Sea. 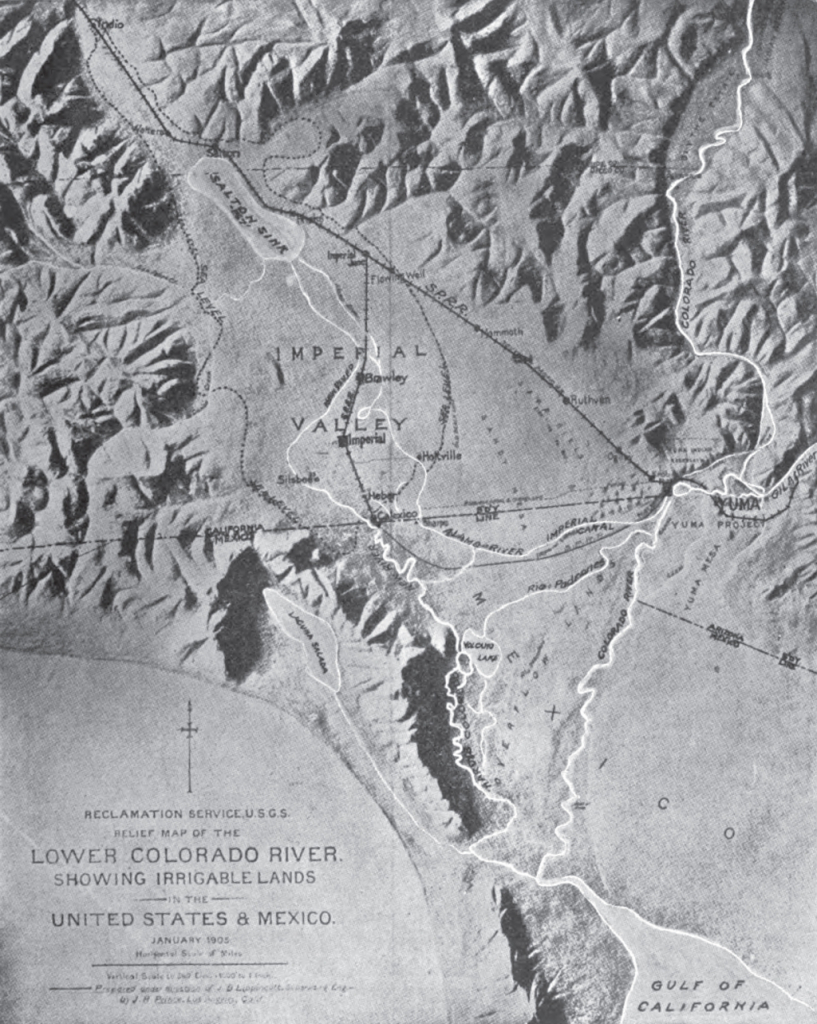 Notice the area that appears to be the Salton Sea is actually the Salton Sink as this drawing was made half a decade before the floods that created the Salton Sea.  The white lines north of the border leading to the Salton Sea are the New River and Alamo River.