The Hanlon Heading was completed after six months of construction, but would not be put into operation for several months because four miles to the south, the Lower Mexican Heading (LMH) had yet to be sealed.

The LMH continued to carry the entire Colorado River into the Imperial / Alamo Canal system and onto the Imperial Valley raising the surface of the Salton Sea half a foot each day.  The waters of the sea were quickly approaching the railroad tracks of the Southern Pacific Railroad and the populace of the valley grew increasingly apprehensive, but nothing could be done to stop the river until after the summer floods had passed. 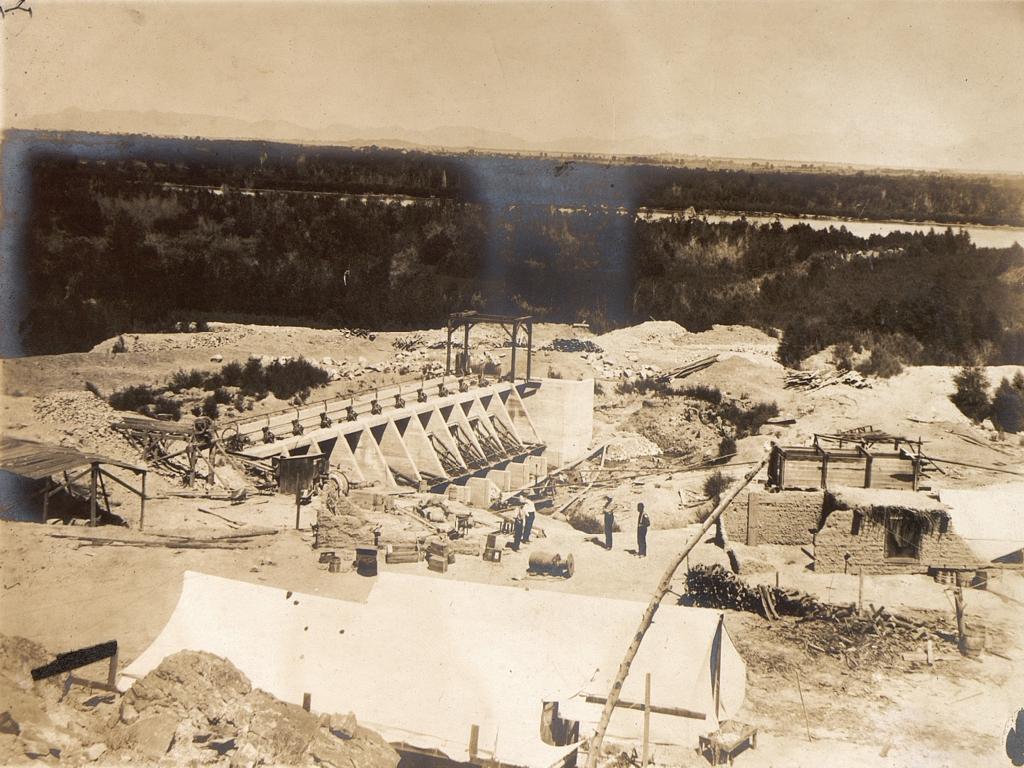 Note; Similar to an iceberg, after being put into service, the majority of the gate was below water with only about 20 ft. of its 86 ft. height generally visible.