The Imperial Valley faced a myriad of other threats beyond flooding, including a dangerous cutting back of the New River bed as the flood waters ripped through the soft soil in the valley.  The cutback gouged the riverbed to a depth of 50 feet in some places, which was an elevation that was much lower than the surrounding farmland and if allowed to progress to the Imperial / Alamo Canal at Sharp’s Heading, the majority of the valley would be unable to receive water through the gravity fed canal system.

The enormous volume of water flowing through the New River also threatened to gouge a new channel through the middle of the valley to the Alamo River in the east, effectively cutting off half of the crops from their water supply.

Desperate times required measures, so what better way to fix a problem than to blow it up?  Dynamite was used to steer the the cutback of the river in a direction that prevented a new waterway from forming between the two rivers. 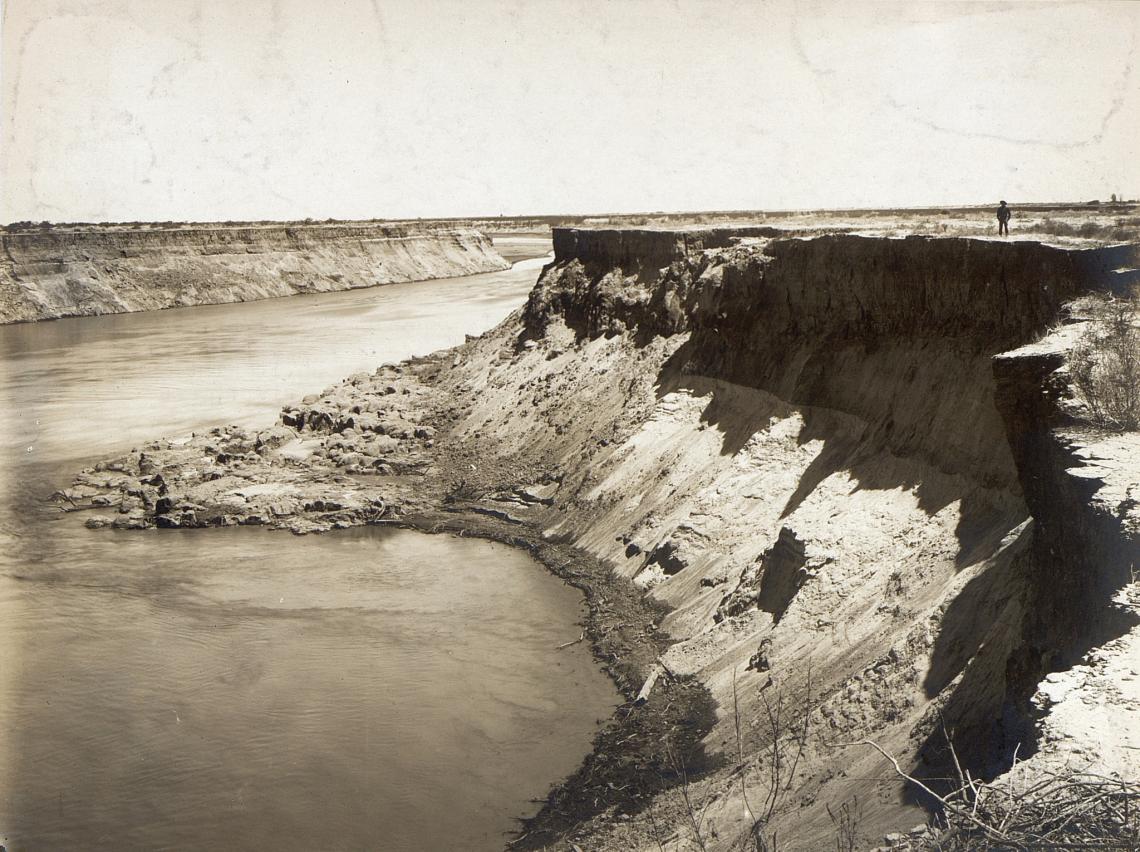 Note; For size perspective, notice the person standing on the edge of the cliff to the right of the picture.