The Salton Sea was created by flood waters from the Colorado River that traveled through a largely uncontrolled canal system.  Flooding of the river was a normal summer occurrence prior to the construction of the Boulder / Hoover Dam and other dams upstream of of the Imperial / Alamo Canal.  During these floods, the water level of the river could rise as much as 20 ft., increasing the water flow by more than 20 times the average volume.

The difficulties and perils of of designing a canal system that could handle such wildly ranging extremes were not fully understood by the canals original designer, George Chaffey. It would prove to be problematic and dangerous in the future. 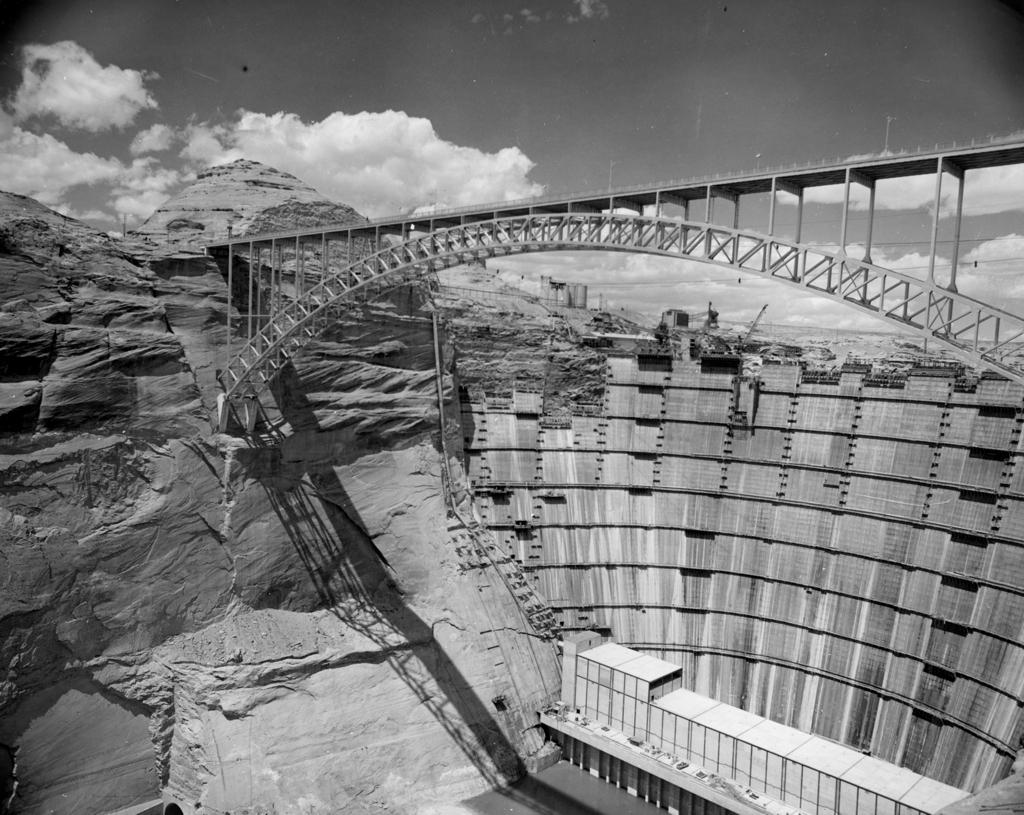 The Glen Canyon Dam During Construction 1963

Note; Although the Glen Canyon Dam is upstream of the Imperial / Alamo Canal, Boulder / Hoover Dam is the primary dam for flood control of the southern Colorado River.