Expansion of the United States continued with the purchase of the Louisiana Territory from France in 1803.  Over the next half century, exploration, mapping, and development of newly acquired territories was commissioned by the United States government resulting in hundreds of different expeditions,  the most famous made by Lewis and Clark.  The last large acquisition in the expansion of the continental United States was from the Mexican government shortly after the conclusion of the Mexican – American war in 1848.  The new territory included California among other future states.

The United States intended to expand further south by purchasing land from Mexico that included the California Baja Peninsula in what would be known as the Gadsden Purchase of 1853, but the Mexican president Santa Anna balked at the offer and instead agreed to the purchase of less territory that did not include the peninsula.  The territory gained from the purchase was mainly intended to provide an easier route for a southern transcontinental railroad.  It included land south of New Mexico and Arizona, but did not include land west of the Colorado River that would one day be used to provide irrigation water to southern California.

During this period, the California Gold Rush reached its peak, prompting population increases and proposals to build transcontinental railroads. 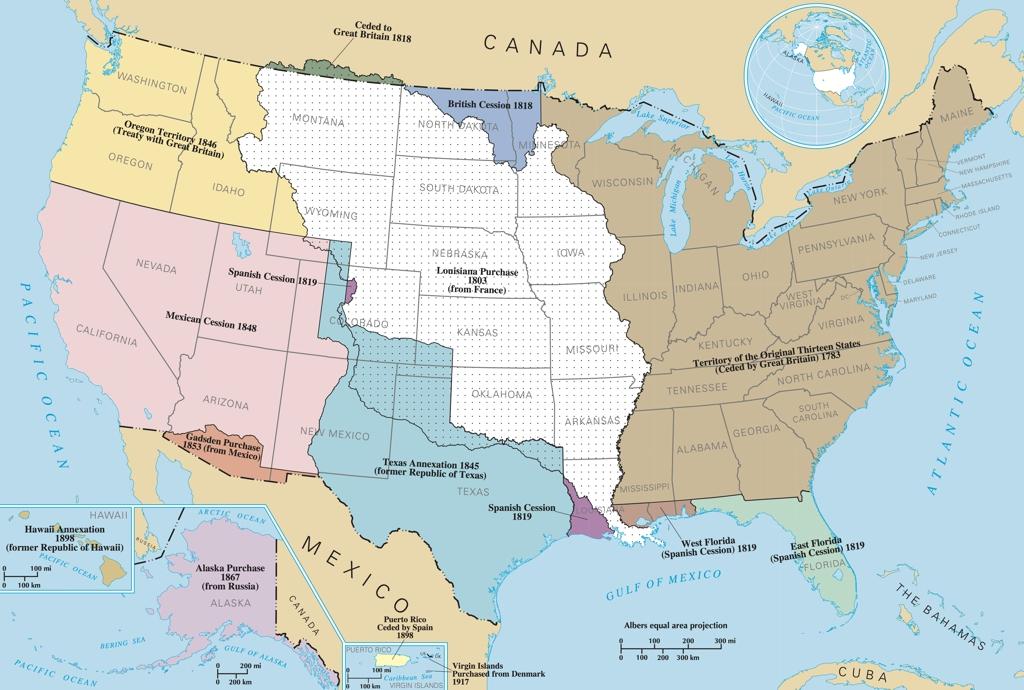