“A General Map of North America”, by British cartographer John Rocque, contains one of the first modern historical references to a body of water where the current Salton Sea is located.  The map, sometimes referred to as the ‘Rocque Map of North America’, indicates the presence of a body of water where the Salton Sea would one day form.  It also depicts a river flowing into the lake from mountains to the north.  It is inaccurate because the terrain between the lake and the Colorado River to the east makes it physically impossible for water to flow into or out of the region shown on the map.  The map correctly depicts the junction of the Colorado River and Gila River.

Most of the Rocque Map is based on other maps and verbal descriptions from explorers rather than first hand observation by Mr. Rocque.  There is very little written evidence beyond the map that supports the existence of a body of water in the region that predates the Salton Sea.  But later exploration of the area would prove that a lake had existed there in the past.

At the time publication the map was the most accurate and complete representation of the North American Continent which also included a body of water where the Salton Sea would one day exist. 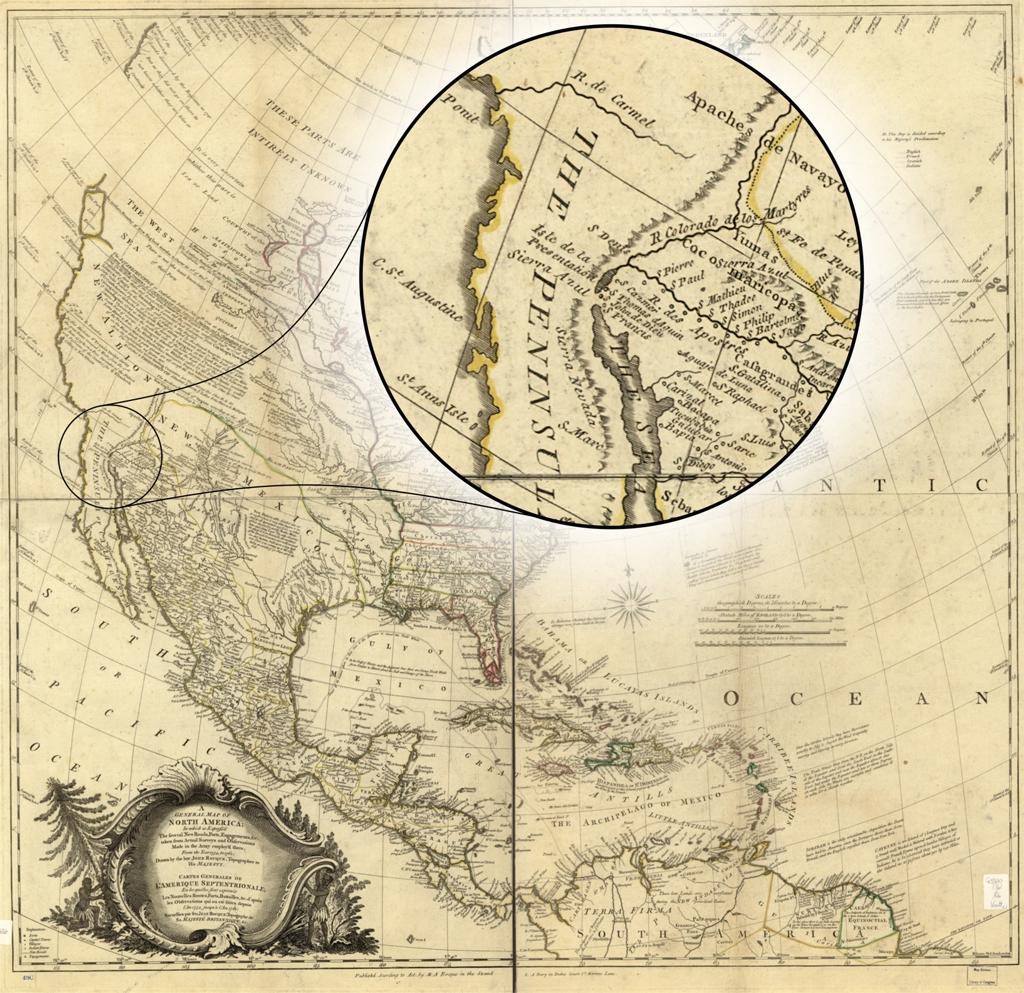 A General Map of North America by John Rocque

Original Full Title; A general map of North America; in which is express’d the several new roads, forts, engagements, &c. taken from actual surveys and observations made in the army employ’d there, from the year 1754, to 1761

Note: When examining the map, notice the existence of a body of water located in southern California, USA that predated the Salton Sea by more than a century.