In the late 19th century salt was a much prized commodity, far more valuable than it is today.  The New Liverpool Salt Company was the first large industry created in the Salton Sink.  Unlike salt mined in other regions, the salt in the Salton Sink was extremely pure, making it a very profitable venture for many years.

The railway, finished by the Southern Pacific Railroad several years prior, was a key part of making this endeavor possible, as well as many other business ventures in the future. 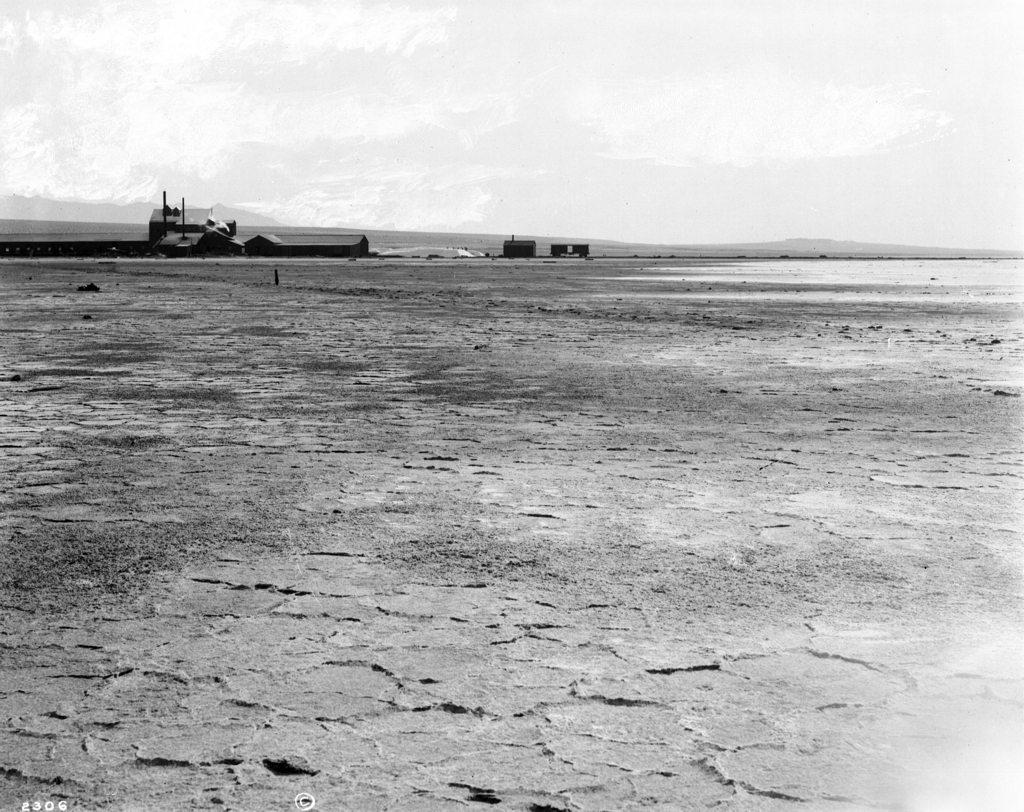 The New Liverpool Salt Company in the Salton Sink