The region that would one day become the basin that the Salton Sea occupies subsided below sea level over many millions of years.  By the time the surface was below sea level, the delta of the Colorado River had already built up to such a height that it was impossible for water from the Gulf of California / Sea of Cortez to enter the basin.

The only source of water that has ever been supplied to the Salton Basin has been in the form of rain, water from the Colorado River, and fresh water springs.  Salt water from the Gulf of California / Sea of Cortez has never flowed into the region.  The source of salt in the basin is from the river not from the gulf / sea.

Historically the Colorado River has flowed into the Gulf of California / Sea of Cortez, but over the millennia, it has occasionally altered its course and flowed into the Salton Basin.  When the river again turned its course back to the gulf / sea, the body of water it had created was left to evaporate and disappear.  Because the basin is below sea level and has no outflow, the small percentage of salt in the river water accumulated each time this cycle repeated. 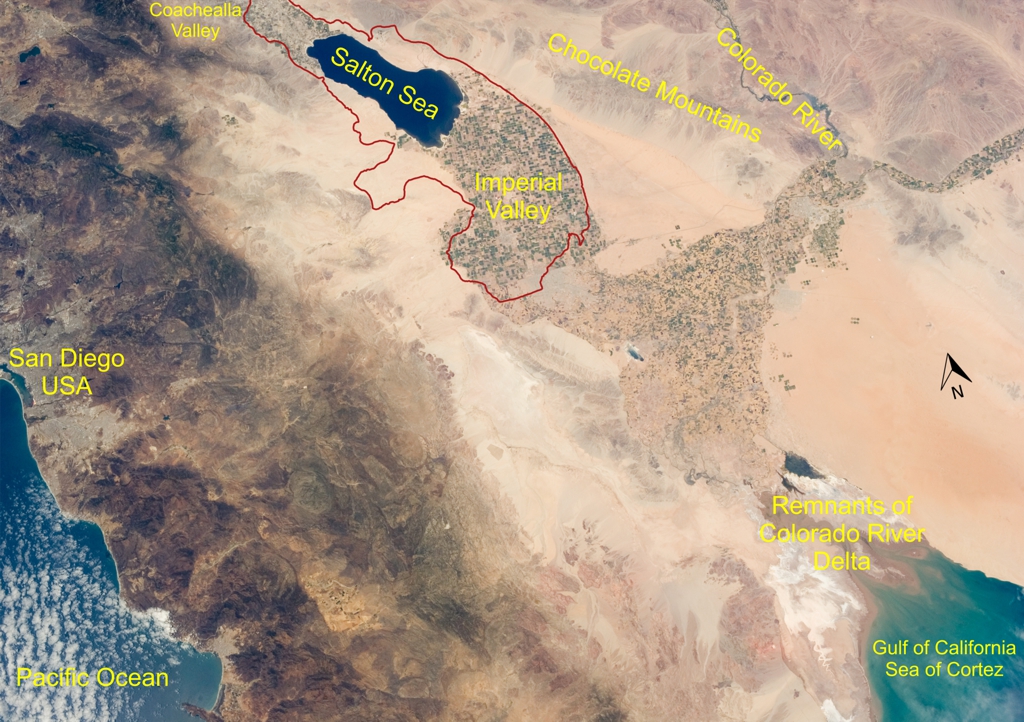 Modern Image of the Salton Sea, Colorado River Delta, and the Gulf of California / Sea of Cortez from Space

This red outline in this image approximates the shape of the inland ocean created when salt water incursions into the basin from the gulf / sea occured.  Various modern locations are included as reference points. 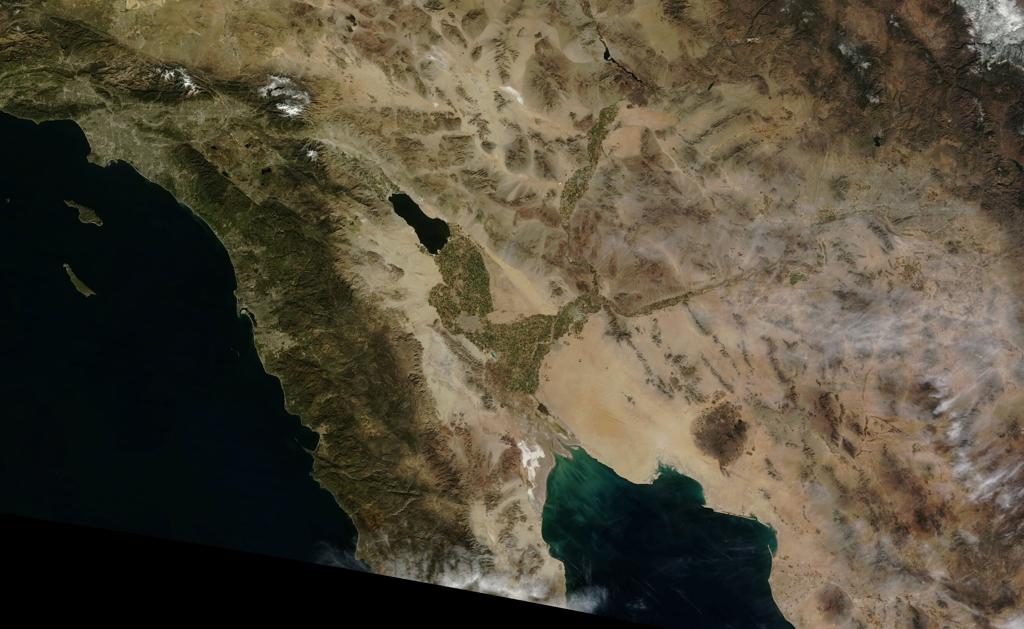