The Lower Mexican Heading (also known as Intake Number 3), located about 4 miles south of the US / Mexican border on the west side of the Colorado River, was the third of three channels that were dug to maintain sufficient water flow to the Imperial / Alamo Canal for the crops growing in the Imperial Valley.  It was dug because silt build up had severely reduced the amount of water that the canal could carry in the first four mile section north of the heading.  The heading was built without a headgate and was the source of the flooding of the Imperial Valley from early 1905 to early 1907 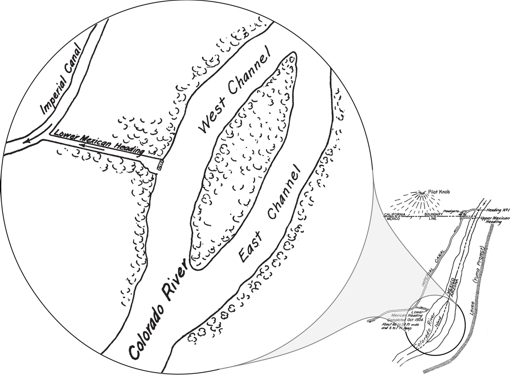 Click on the Lower Mexican Heading Link for a larger image.