After the failure of the Rockwood Headgate , flood waters again surged through the Imerial / Alamo Canal and onto the Imperial Valley and Salton Sea .

Based on the success of the method in building the main section of the Hind Dam across the Lower Mexican Heading (LMH) , a similar process was proposed to arrest the swiftly moving waters by extending the dam northward across the channel in front of the remnants of the headgate.

Everyone familiar with the situation feared that the Southern Pacific Railroad (SPRR) was on the verge of terminating the support it had so generously granted in the efforts to save the Imperial Valley from destruction.  Without the backing of the SPRR the valley would be condemned to drown in a watery grave, but thankfully they continued their efforts and the channel was closed. 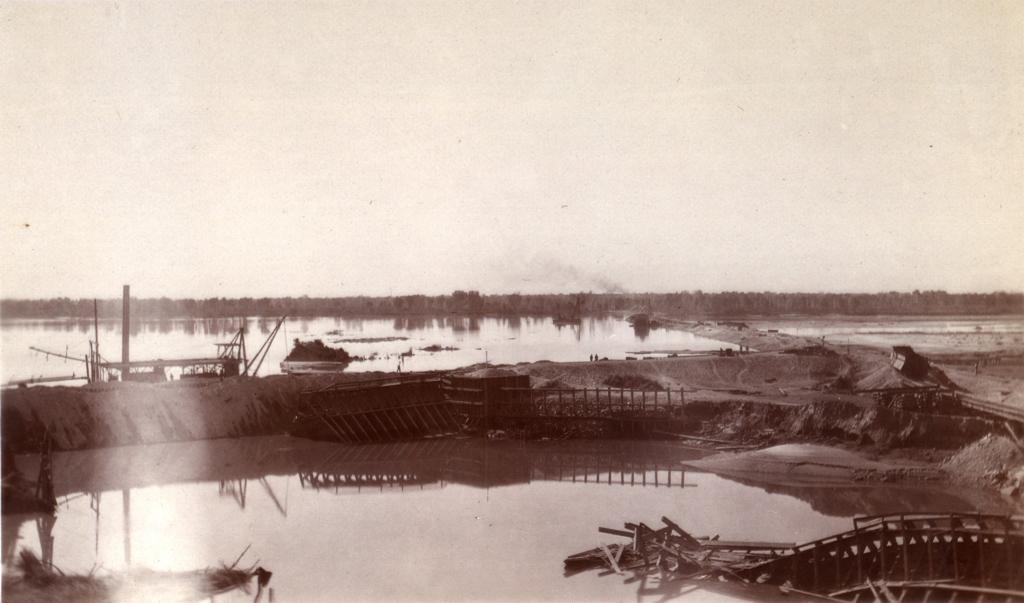