The purpose of the Rockwood Headgate and the new channel it was located in was to provide an alternative controlled path for the Colorado River to flow into the Imperial / Alamo Canal and onto the farms in the Imperial Valley.  After the river was turned into the new channel the  Lower Mexican Heading would be left dry, removing the added difficulty of building a structure in moving water, and allow a  levee to be constructed across the heading, sealing it off permanently.

It was imperative the headgate be finished as quickly as possible to stop the flooding of the Salton Sink and Imperial Valley, so construction continued day and night. 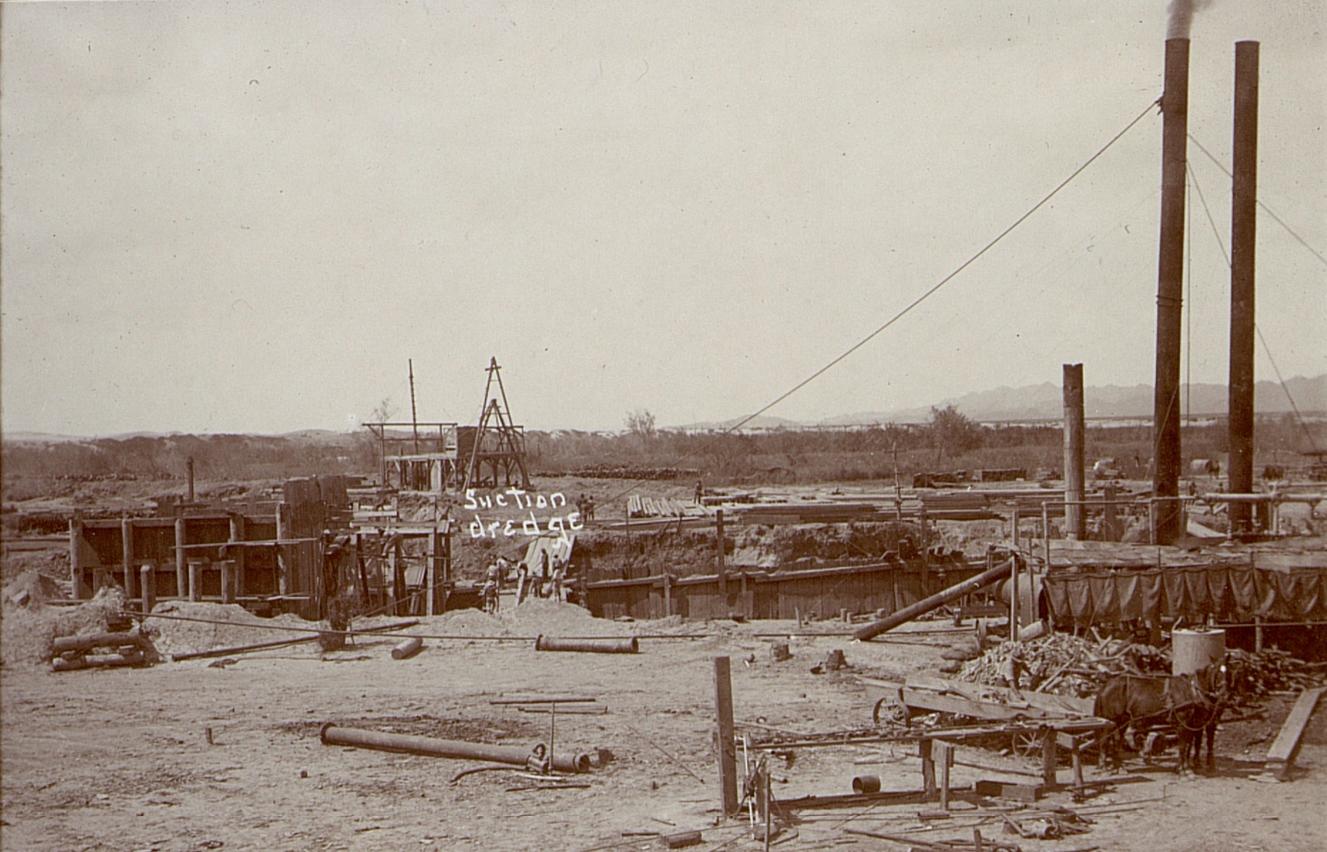 Note(s); This photograph was taken looking northeast with the Gila Mountains in the background at the right the image.  Although the water isn’t visible, the boat labeled ‘Suction Dredge’ is actually floating in the Imperial / Alamo Canal behind the construction zone.  The smoke stacks at the right of the image are for the electrical generators that were used to provide power for lighting so work on the headgate could continue during the night.