Several unexpected winter floods on the lower Colorado River caused heavy silt build up in the Lower Mexican Heading and severely reduced the amount of water that could be delivered to the Imperial Valley for farms and crops.  After the channel was dredged the canal system was once again able to provide a sufficient water supply for the valley.

Maintaining adequate water flow was the primary objective of the engineers, who had very little concern over potential flooding in valley.  This would prove to be a very serious mistake. 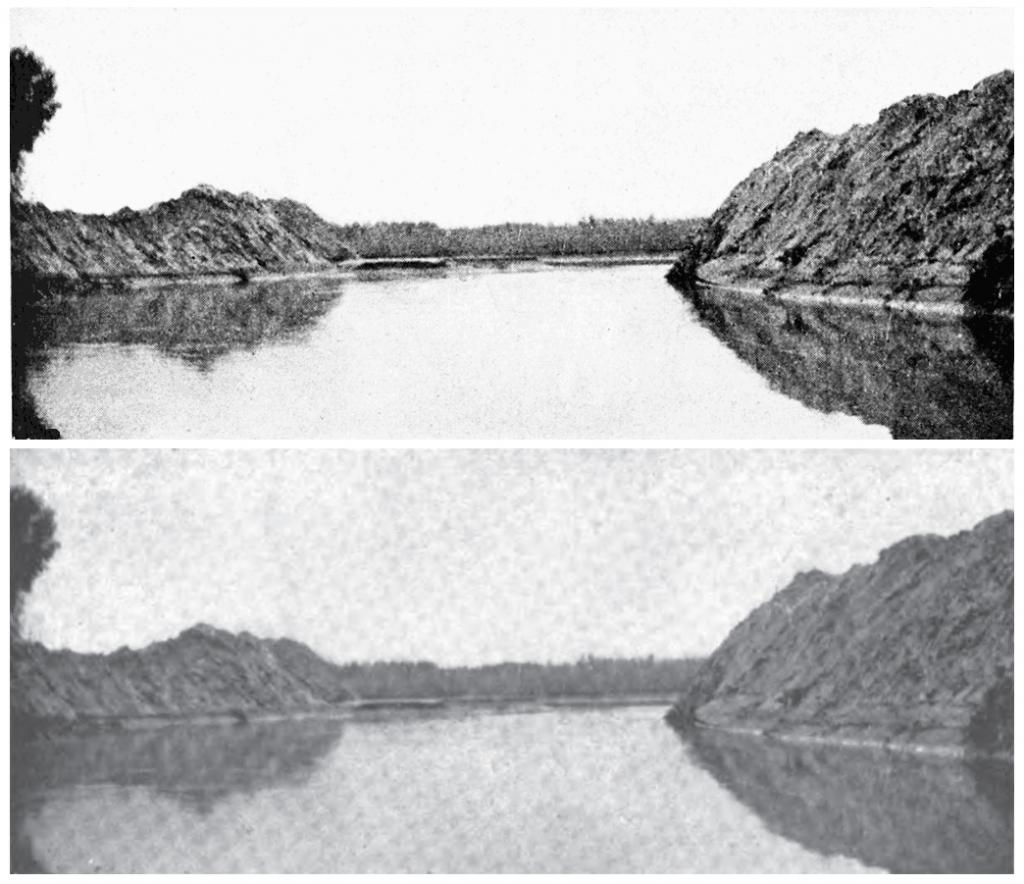 Inside the Lower Mexican Heading , West of the Colorado River

Duplicate pictures from two different sources are presented here in order to provide alternate views from the limited quantity of low quality images available.  They were taken from within the Lower Mexican Heading looking east.  The steep banks on either side of the channel are the dirt and silt that was dug up to create the heading.