The land that the Salton Sea occupies and the surrounding regions have been known by many names over the years and include many modern day municipalities as well as Native American locations.  Below are the names of some of the larger areas; 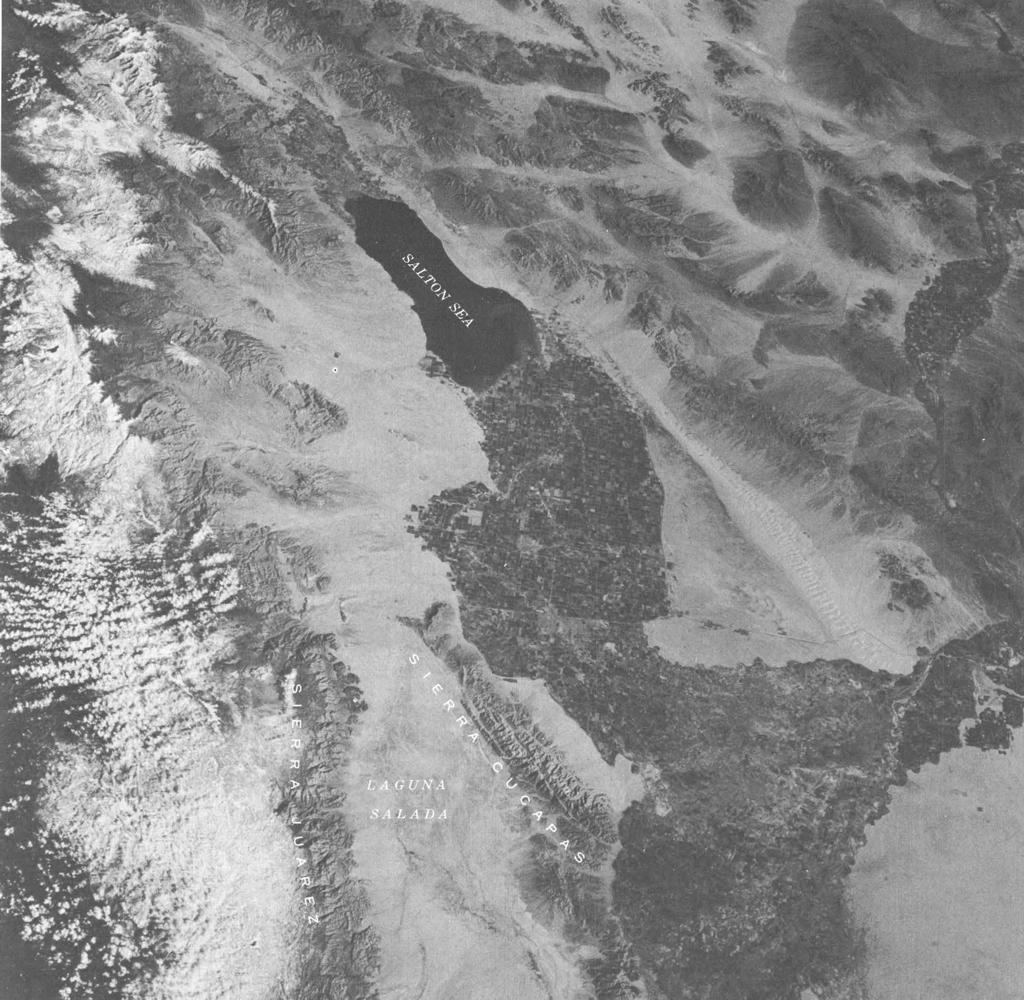 The Salton Sea as viewed from space, taken on March 11, 1969 from inside the command module of the NASA Apollo 9 spacecraft (Gumdrop)