After almost two years of flooding the Salton Sea and Imperial Valley the enduring Colorado River was finally tamed with the completion of the Clarke Dam.  Much work still remained, including extending the levees to the south, dredging the upper 4 mile section of the canal, and repairing all of the damaged infrastructure in the valley.

The Salton Sea had ceased to rise and as the sea receded it was relegated to the history books as many people predicted the sea would eventually just evaporate and disappear like its predecessors had done countless times before.

Questions also remained about the durability of the levees and dams as to whether they could survive the treacherous spring and summer floods the Colorado River could be depended upon to deliver. 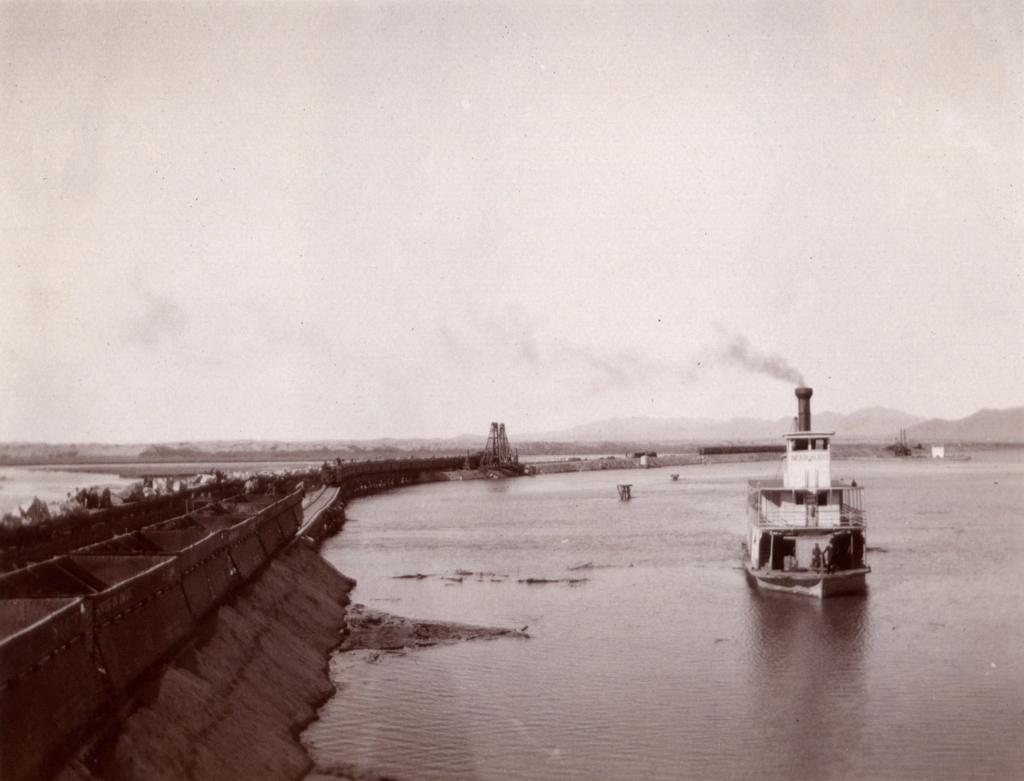 Note(s); This picture was taken just slightly north of the position of the previous months photograph.  Careful examination shows the extension of the north and south sections of the Clarke Dam with the channel in between still open.