…connect the dots (lines) on this picture.  The background image is a picture taken via Google Earth in Two Zero Eighteen.  The inset image in the upper right depicts the construction of the Hanlon Headgate and was taken in 1905.  Speaking of the Hanlon Headgate, it’s still there.  The inset picture on the lower right was taken in 2011 (the picture was taken on the bank of the headgate closest to the road, sort of below where the white car is on the road, below the parking lot is, looking at the back of the headgate, which is the left side of the structure).  The lines indicate the same features or objects, with the top one’s length being more than a century. 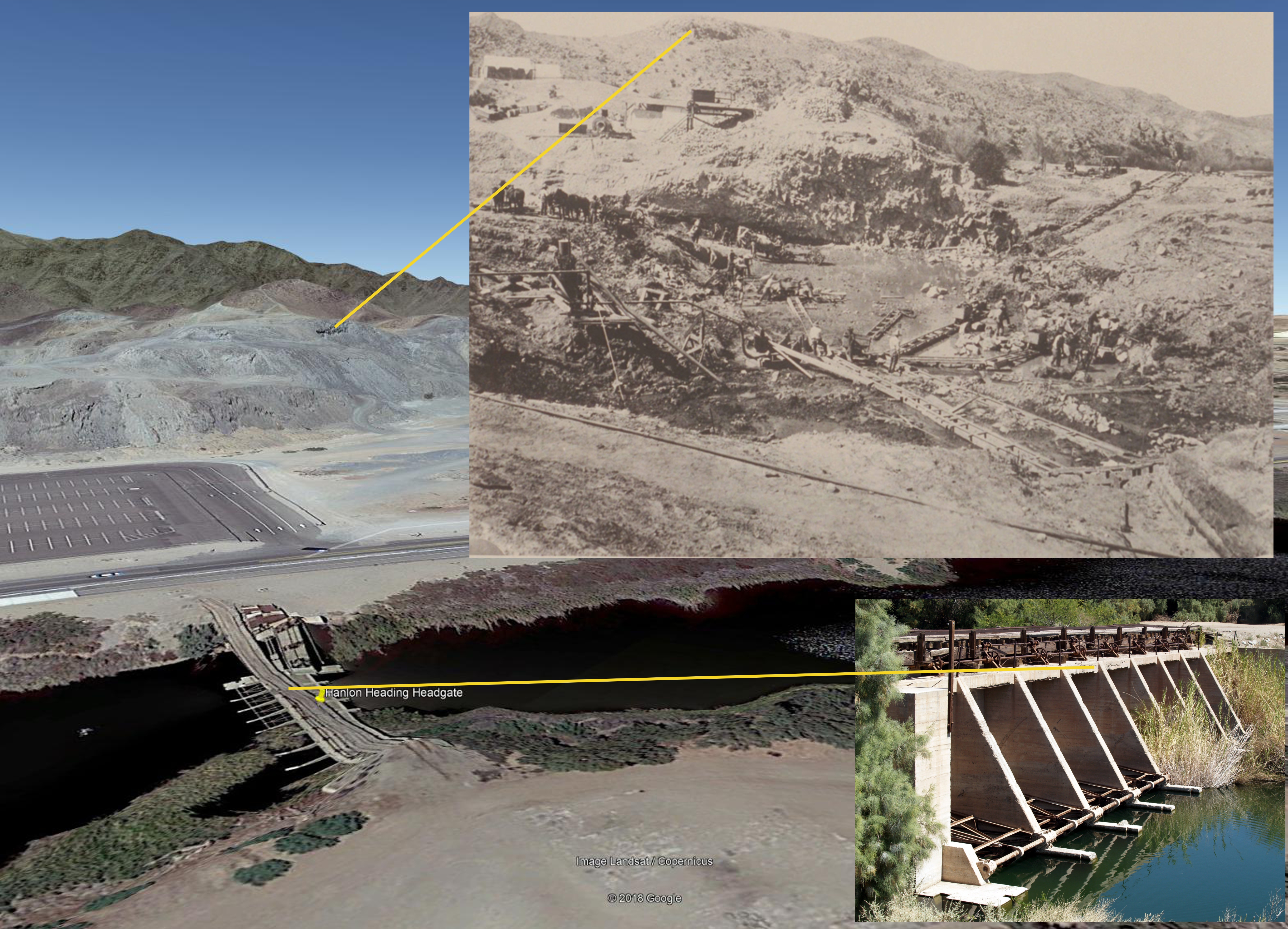