The path of the Colorado River has historically wound its way through Arizona, Mexico, and typically into the Gulf of California / Sea of Cortez.  But over the millennia, the river’s course has naturally altered many times and flowed into the Cahuilla Basin instead of the Gulf of California / Sea of Cortez, filling the basin and creating a body of water known as Lake Cahuilla.

Although it formed in the same area as the Salton Sea, it was a much larger body of water.

The Salton Sea is not first body of water that has existed in that location. Over many millenia the region has seen the birth and death of many ponds and lakes. The climate has shifted back and forth between arid desert and a verdent lake ecosystem many times. This cycle is due to the ficke direction the Colorado River takes as it flows through its delta region before it enters the Gulf of California / Sea of Cortez.

Many other bodies of water have occupied the region.

The sea is not the only body of water to occupy the region. Over the millenia several bodies of water have existed there. Some larger some smaller.

only the most recent. 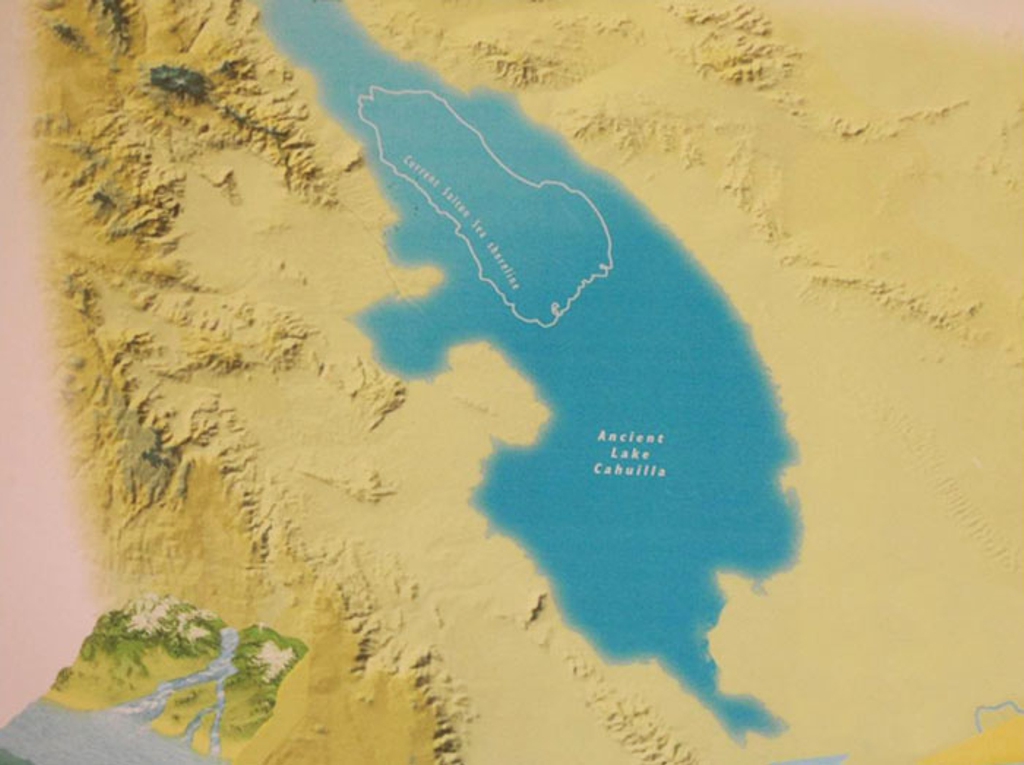