While the bed of the gulf / sea subsided, vast amounts of silt deposited by the river caused the surface elevation westward of the mouth of the river to rise faster than it was sinking.  Regions to the north of the river mouth that were above sea level subsided over time, sinking below the elevation of the rest of the delta.  Eventually the delta of the river would include this unique inland delta that would one day become the Salton Sea.

Rather than sequestering the northern basin of the gulf / sea, as is commonly publicized, the silt deposits that formed the delta served as a barrier to prevent the gulf / sea from intruding into the basin. 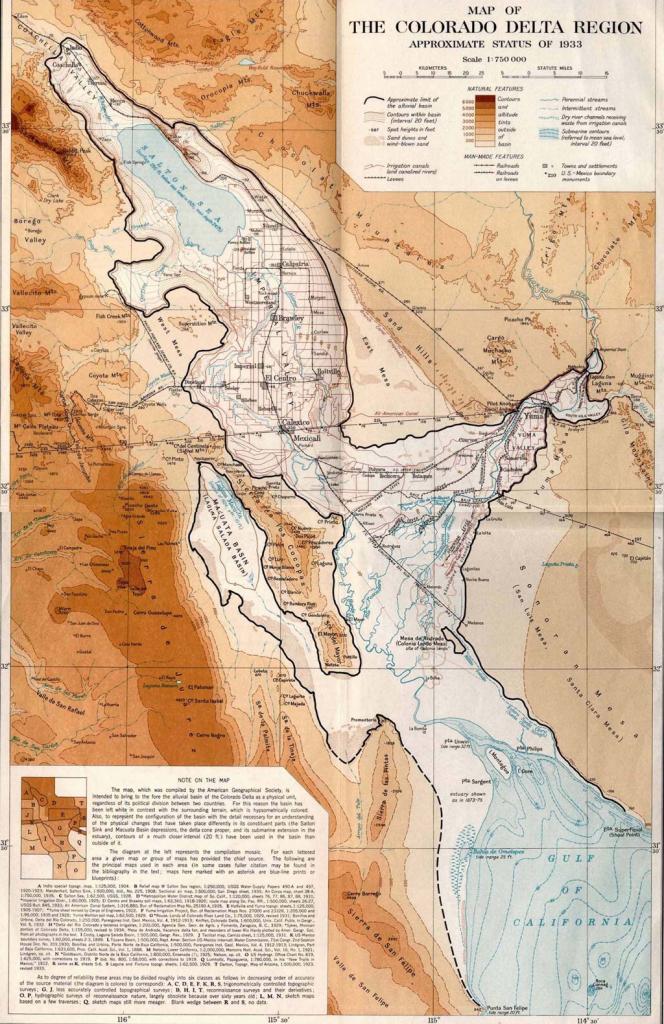 The black outline represents the entire Colorado River Delta, including the unusual inland delta where the Salton Sea exists.