At the beginning of fall, after the summer flooding of the lower Colorado River had subsided, the Lower Mexican Heading (LMH) had expanded from the original fifty foot width to over half a mile which had allowed as much as 100,000 cubic feet / second of water to pour into the canal system raising the depth of the Salton Sea to over 70 feet.

Thomas J. Hind, the superintendent of construction and the man whom the dam is named for, began building the Hind Dam by first extending two jetties from the north and south shores of the heading to narrow its width. A railroad trestle bridge was then erected across the remaining gap so large railroad cars, nicknamed Battleships, could quickly deliver large rocks from quarries as far as 400 miles away to dump into the water. There was concern that these large rocks would simply sink into the soft silt bed of the heading, so brush mattresses were woven together and then sunk into the water to provide a foundation for the rocks.

The Imperial Valley would likely not survive another flood season, so all hopes of survival depended on the Hind Dam successfully stopping the rampaging waters of the Colorado River. 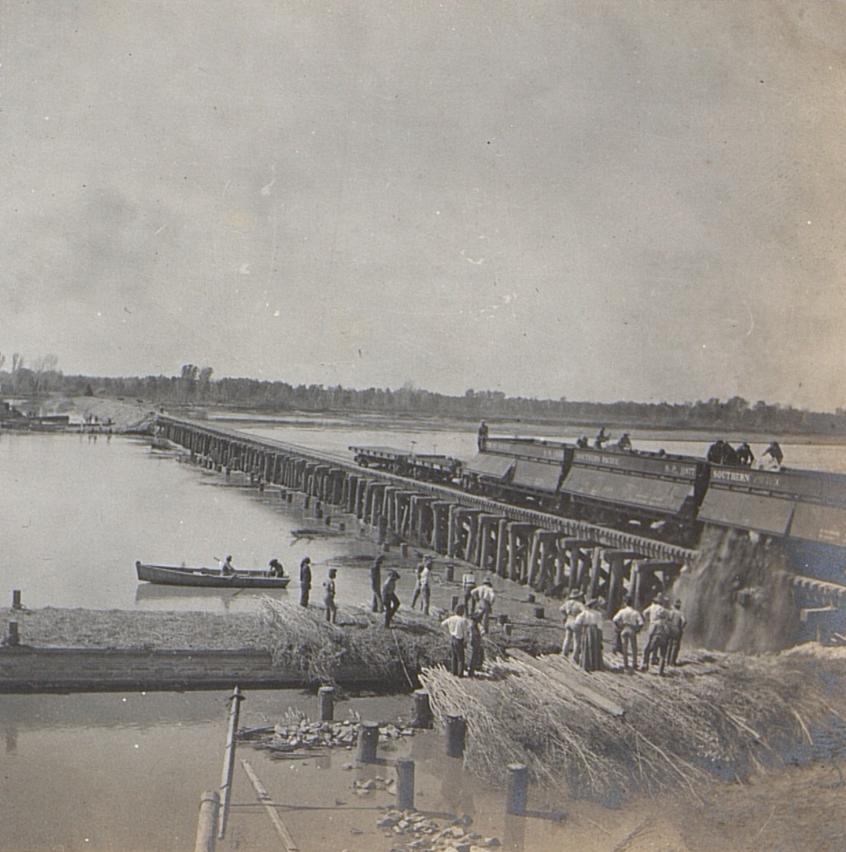 Construction of the Hind Dam

Note; This image, looking southwest from the upstream side of the dam, shows every major aspect of the construction methods used to build the Hind Dam . The jetty extending into the Lower Mexican Heading from the south shore of the heading is at the top left of the image and the railroad trestle built across the middle of the heading as the focus of the picture showing Battleships unloading their cargo with the weaving of brush mattresses at the lower right of the photo.