After 4 failed attempts to bring an end to the flooding of the Salton Sink and Imperial Valley, a much larger, concerted effort was planned at a new location and thanks to the funding from the Southern Pacific Railroad it could be turned into reality.

Two main issues confronted the California Development Company and their engineers.  The most obvious was a dam to curtail the untamed flow of water into the valley, but equally as important was maintaining the water supply for all of the farms.  Unlike in the spring and summer, the water of the Colorado River is normally much lower in the fall, making it impossible for the silt clogged Imperial / Alamo canal to carry enough water for the thirsty crops growing in the valley.

Simply damming the river was not enough.  A way to maintain an ample water supply to the valley had to be found as well, otherwise the crops would wither and die. 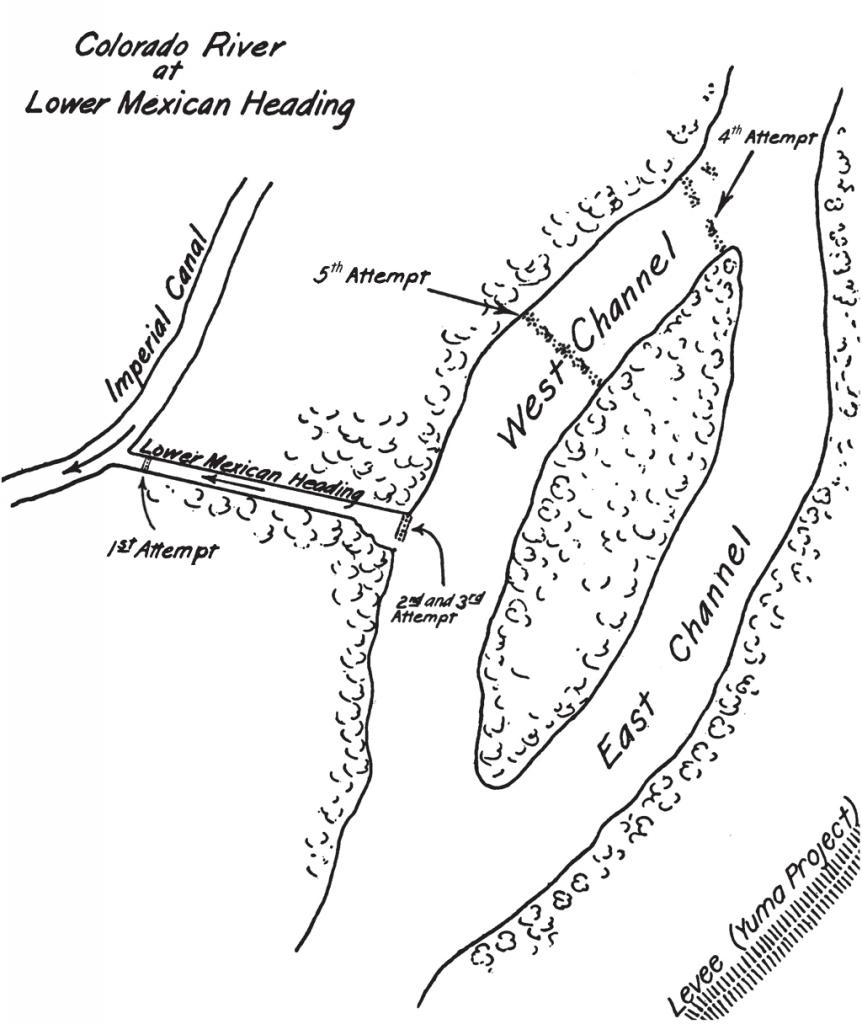 This map shows the location of the various efforts to dam the Lower Mexican Heading .