A dredge named Alpha was used to dig the main channel of the Imperial – Alamo Canal starting from just inside the US side of the Mexican border at Pilot Knob, CA, USA.  After crossing the US / Mexico border, it dug south about 4 miles where it connected to the Alamo Arroyo.  George Chaffey, the engineer of the canal, failed to consider the high silt level of the Colorado River and did not design or construct the channel in a fashion that would prevent build up of silt.

The problems arising from the deficiencies of the canal were not noticed for several years and would later prove to be the original source of a future disaster. 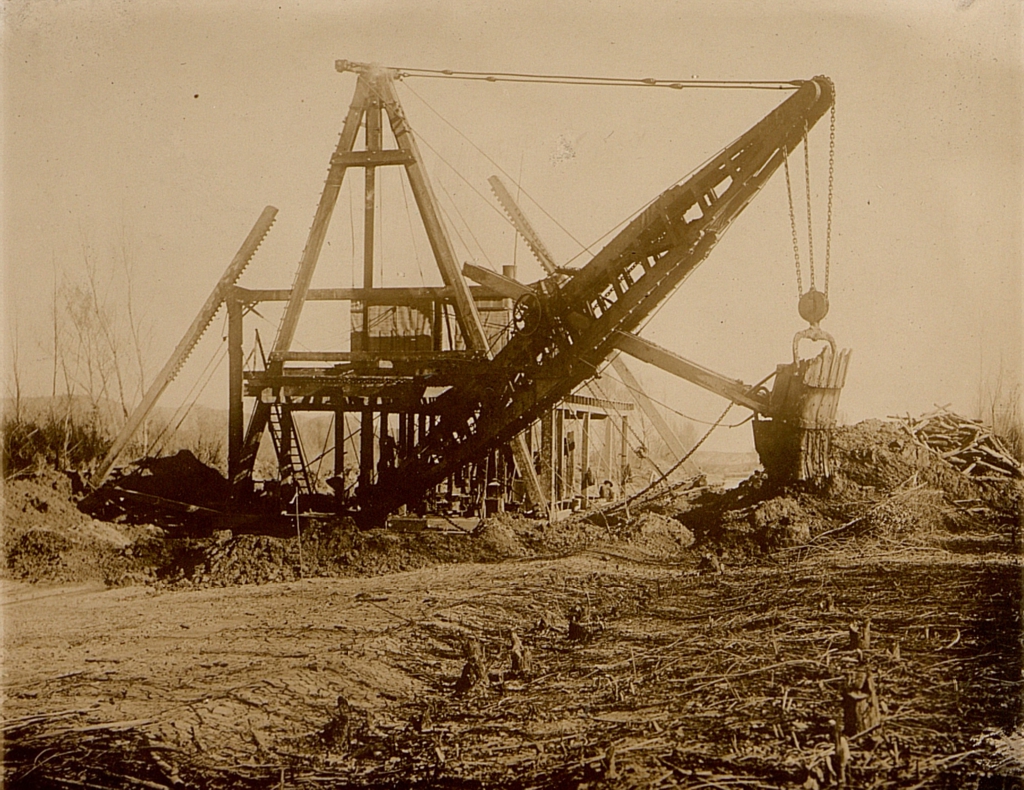 Notice the dim silhouette of the Algodones Dunes to the north on the left of the picture.