Work on another headgate in Mexican territory, slightly north of the Lower Mexican Heading, commenced at the beginning of the month as the first part of a larger plan to control the Colorado River and prevent the flooding of the Imperial Valley.

The Rockwood Headgate , named after the head engineer of the project, Charles Rockwood, was constructed out of wood as it was viewed that this structure would only be used as part of the effort to close the Lower Mexican Heading (LMH) and then temporarily as the main inlet for the canal until the new concrete headgate at Hanlon Heading and dredging of the upper 4 mile section of the Imperial / Alamo Canal was complete.

Work for the headgate had originally been scheduled to begin in August of 1905, but was delayed until the beginning of the year to allow the limited resources available to focus on the Edinger Dam instead. This delay would not come without consequences. 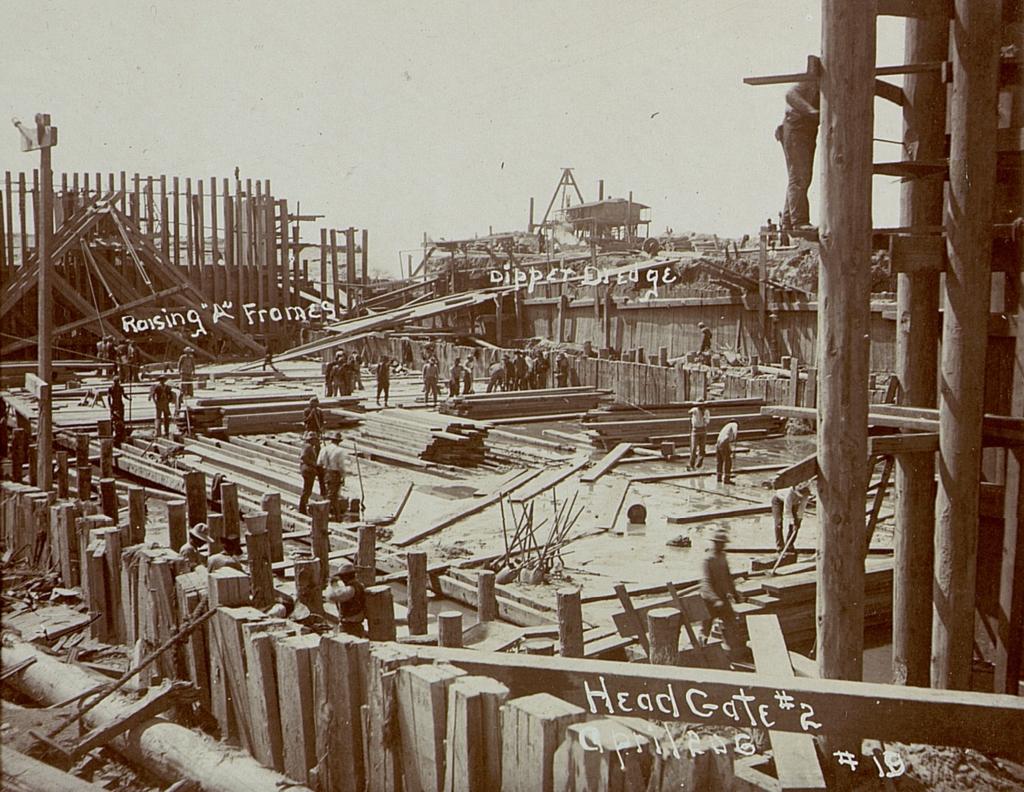 Note(s); The location of the headgate was situated directly in the channel of the Imperial / Alamo canal, presumably for ease of access to the construction area for the pile drivers that were mounted on barges.  The notations on the photograph were made by the photographer.  The Dredge Alpha is above the named labeled “DIPPET DREDGE”.