The Colorado River Irrigation Company was formed to create a series of canals and bring water from the Colorado River into what would become the Imperial Valley with  Charles Rockwood as the chief engineer.  The company did not escape the financial crisis of 1893 and ultimately failed in 1894.

All of the records, maps, surveys, and data related to the irrigation project were turned over to Mr. Rockwood in compensation for his unpaid salary. 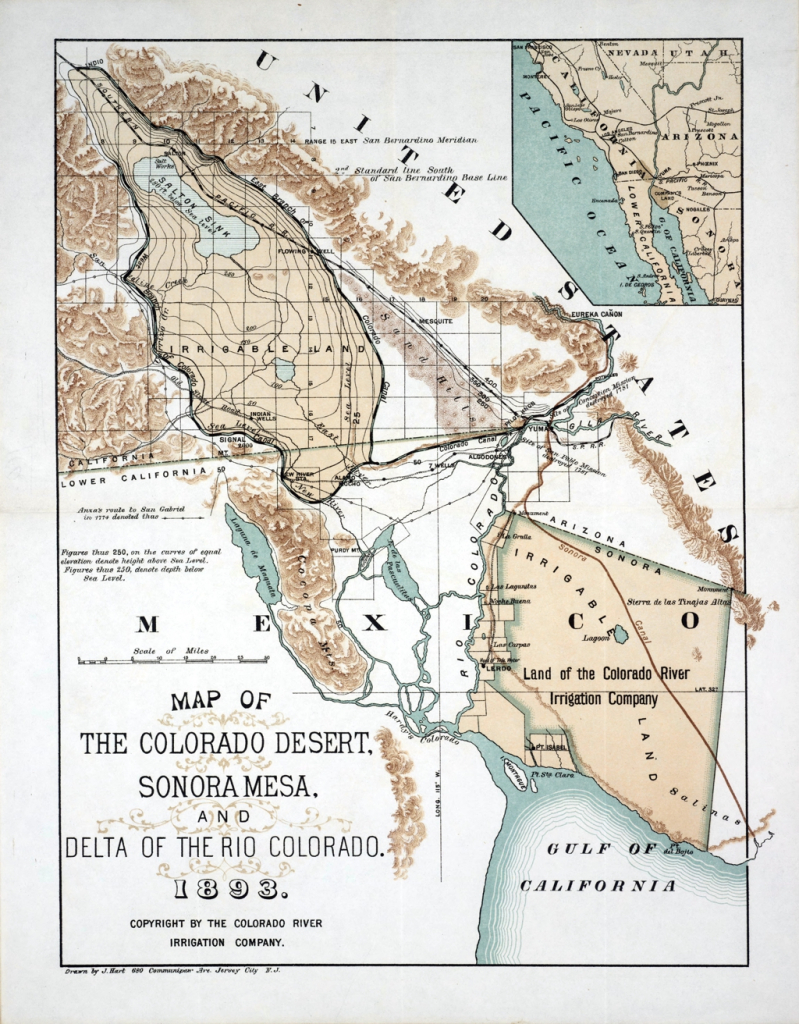 Map of Irrigable Lands with Planned Routes for Canals

Note; This map was only a proposal for the reclamation, development, and irrigation of the ‘Colorado Desert’ with no consideration for a permanent body of water.  The area labeled as the Salton Sink is drawn as a body of water because it was known that the region would occasionally flood to a very shallow depth.